Traveling to different countries offers a new point of view to reflect on your life. At first it might look like discovering other worlds, but in fact you are discovering yourself, because you decide what you want to see. It can make you realize that some things in your everyday life don’t make much sense and some do, so you need to learn to let go of those that make you stuck. Being back on the West side of the world and reflecting my China time is a great moment, because I feel richer for a precious experience. 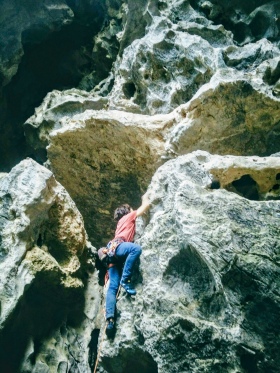 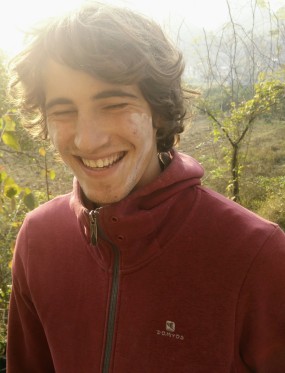 My main motivation for coming to China was definitely climbing. During the first month of my stay I was climbing almost every day in different sectors with different people, but mostly with the Frenchies. Hanging on the wall with them was always in good spirits, and I learned a new French word that they were using quite frequently, mostly when they were falling and it was… putain. What does it mean? I will keep it censored, so use a search engine and find out 😉 . As a multilingual I was also interested in learning Chinese and I must admit that it is hard, because I couldn’t help myself with other languages that I already know. Even when you learn a word, you need to be careful how you pronounce it, because otherwise it can lead to some misunderstandings 😛 .

Besides climbing, I wanted to try out a traditional Chinese sport and what could be better than the martial art – Tai Chi. During the meals in the canteen I got to know two Tai Chi masters, Paul (UK) and Lieven (Belgium). For almost one week I was meeting Lieven at the insane early hour of 7 a.m. on the basketball ground to practice Tai Chi. It looks easy and as though you wouldn’t be exercising at all, but… standing still for 15 minutes with arms lifted up and imitating to hold a big balloon in front of you gets to your muscles. I noticed that when I went climbing, because suddenly I was pumped after the first route. The only good thing about meditating so early is that there is nothing in your brain… because it is still asleep 😀 . 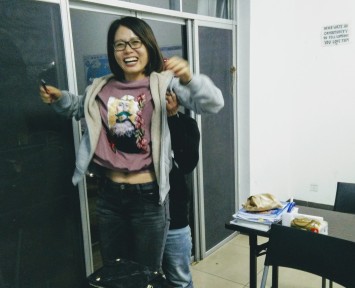 English corner turning into a work out 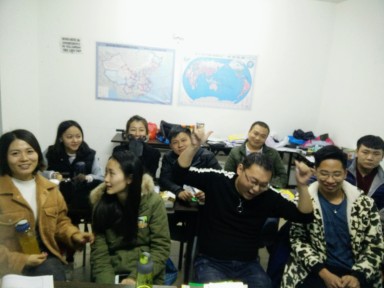 But the biggest learning experience came from the Chinese students… while talking to them and getting to know their culture made me realize how important it was for them to take care of their parents. Before coming to China I read Confucius, so I already knew that elderly people are highly respected here and about the importance of family loyalty.  There is even a law that allows the government to punish you if you don’t take care of your parents. I was surprised how active the seniors are in China, they are doing activities like singing or dancing in the park or play mahjong… you see them everywhere, so they are a part of the society. Comparing this with the situation in the West… well most of the seniors are put into retirement homes, so that others take care of them. It made me wonder why is it like that. Is it because we in the West don’t have time? Did we grow up with different kinds of norms? Are we more individualistic? These questions will stay unanswered to leave room for personal reflexion… 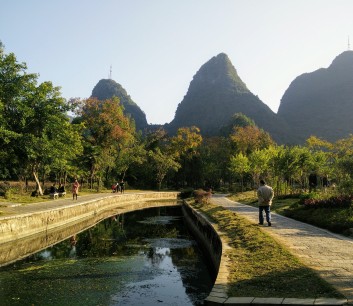 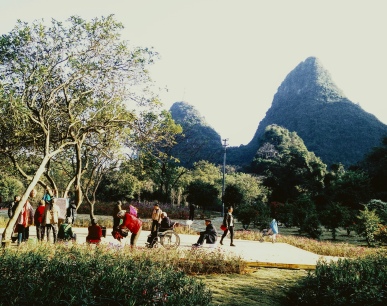 Without exceptions I had a fantastic trip into an unknown world and returned with super crazy stories that enrich my life. Even creating a blog was a decision that I made because I was too lazy to tell the China adventure over and over again, confused if the person that I see in front of me already heard it or not… So writing down the story is like telling it only once and not just to the people that I actually know in person, but also those that I haven’t met yet. But hey, the world is small, so maybe someday somewhere we’re gonna meet 🙂 .